The court cards of swords

THE COURT CARDS OF SWORDS

The King of Swords

Smart and intelligent, that is the King of Swords, numerated under the number 51/6, the five stands for mercury that indicates thoughts, the five is the basic number for swords. Mercury stands for writing and for numbers, for thoughts and for intellect.

He will fight for his right and also for other people ’s rights. Number one (1) stands for authority, and (6) stands for creation. A  judge, a militair or someone that belongs to a function where one is able to speak rights.

A king has leading qualities and stands for initiative and fearlessness. This King let his thoughts work and change easily by ideas. The King of swords is the King of the air.

Mercury, uranus and venus are the planets that are involved into air characteristics.

A flexible and intelligent person is this king, that does not let himself go by emotions.

He does not know about fear, and he stands by what he wants program for movies download for free.

When he is in his rights and one is in opposition to him he really can be mean, and that specially by words.
But also with other things he can be mean.

He can use his sharp mouth and clever mind to attack. He looks at all sides of a quest and tries to resolve
them.
The law of harmony will be in charge here.
He can determine the good from the bad. 0 – 10 degrees libra.
When this card falls, it could be so that you have to go to court, anyway it has to do with that sort of cases, be aware of that.

But right will be spoken en truth will survive.
Look at the other cards around this card.
Than i think that you can imagine what kind of news this card will bring you.

The Queen of Swords

Intellectual and independent, this card the Queen of Swords indicates a woman who is blessed (or cursed)
with sharp perception, and with a highly profound intuïtie fotos von twitter herunterladen.
She is acutely analytical, with a razor-sharp ability to get to the heart of a situation, seeing exactly what is,
rather than what others would wish her to see.
She is a private woman, unwilling to let people too close to her until she is satisfied she thoroughly
understands their motivations.

But once won as a friend, she is unfailingly loyal, honest and supportive.
She’s usually very intelligent, with a dry sense of humor.
Her penetrating insight will often reveal aspects of themselves to others that they had previously been
unable to grasp – that is why she is a capable therapist, teacher or leader.

The woman represented by this card will be experienced in the flow of life, understanding a great deal about both the great triumphs, and the deepest failings of the race.

Her clarity and measured expression will be of great value at times of confusion and sadness. Sometimes in a
reading this card will turn up to indicate a woman i a particular phase of her life jdownloader kostenlos herunterladen deutsch.

In that case the card is not so positive. for it can indicate a woman left alone, and perhaps embittered.
She may be a widow, or a woman passing through the aftermath of divorce.

Than in this case we often see the more negative aspects of the Queen – coldness, judgement, criticism.
In this case she could be a bit sour and cynic but she has a lot of experience where she can lean on.
If the woman concerned has not evolved sufficiently you will often find that the card represents a person who is hard and cold toward others.
But the Queen of Swords is protected, there are cherubs on her throne that say so.

The throne is set high where the air is pure and uncontaminated by the sordid side of life.
She is alone, because her wisdom sets her apart.
The Queens are the timing cards of the tarot.

The queen of swords represents the timing of truth and will cut through the grey areas with her sword, so you
can make the right decision herunterladen.
She is connected to your thoughts, choices and actions and tells you about the realisation of destiny.

The queen of swords – she is intelligent, rational, independent, and perceptive.

She is rigid in the way she thinks and does not go with the flow. A mature woman is this Queen, who is more
intellectual than emotional, a woman who is composed and set in her beliefs.
She will judge you and others.

She has a deeply embedded sadness that she never talks about.
She will not discuss her past or her secrets.
The Queen’s job is timing and she always follows through.I have found this to be true.
When the Queen of Swords appears in the outcome of a reading, she represents the time of right now.

The Truth will be revealed to you dark mode herunterladen.

Specially when the Ace of swords is next to her, than is the time of truth

Right there.
Pulling a crossing card will indicate whether the Queen’s energies are positive or negative.
Positive Position:
You are experiencing the energies of wisdom, intuïtie and the un-for-seen.
Something will come.
This is a time to organize your thoughts, documents, and your environment.
You may create an unexpected change that will shock others, or a very independent person who is an organized, perceptive quick-thinker may enter your life and bring unexpected changes.

Someone you know may release pent up energy with the slip of the tongue.
This unexpected situation might make you feel unsafe, and you might be asking yourself if you should be
associated with this person because the words that comes out this mouth are feeling like dirt herunterladen.

Narrow minded is this person and complaining all the time.
Or in reverse position, you may be thinking with your heart rather than with your head and suffer from mood
swings, act cruelly to people you love, and feel disconnected from rational thought.

The queen likes the nature and quiet life.She sits apart from common crowd.
High intuïtief is what she is and instinctief as well.She brings the message that time has come.

The Knight of Swords

These people have a lot to accomplish and no effort is too great and no obstacle too difficult.
Assertive and likes authority.
The head rules the heart here, but you rule with a pure heart and chivalrous motives.
Protection and defense against danger are his main concerns.

A good criminal loyer and judge and (always ready for a fight, when negative, and a bit tyrannical).
Fine power of discrimination and good at contact-sports as well thalia ebook herunterladen.

You will need courage and perseverance to handle them.
Business, finance and the law may be involved.
Be aware of the other cards around it.
Leadership potential.
This card brings in a swift, bright energy which clears our heads, allowing us to see right the way to the heart
of things, not distracted by clutter or red herrings.

Here we can ‘cut to the chase’ so to speak, avoiding any of the tempting, but wasteful side issues that may
come up around important issues.
If you flow well with this energy, you’ll finding yourself thinking quickly and clearly, finding unexpected
solutions to apparently intractable problems.

Matters which had until now, refused to yield their solutions, will suddenly start willingly spitting them out,
so you can clear several obstacles from your path on a day ruled by the Knight of Swords lep's world 3 kostenlosen.
People pointed at this card can be corporal, militair, judge, detective, criminoloog, criminal lawyer. With this card you are highly intuitive and can get in touch with your psychic abilities.

That is the good news.
If you had headaches about difficulties spend a little while considering the problem in his whole and then let it be alone, do something else and after a while a solution will pop up.

Also keep a close watch on your dreams overnight – these may contain the answers you seek.
When you have a problem it can be sold!

Also be alert to messages and hints coming through the normal patterns of life.

Sometimes it comes by radio or a nabour or a friend, you’ll get explanations from the
most unexpected sources.

The number that comes along with this chard is 53/8 number eight points to saturnus herunterladen.
It is possible when you are the one who stands for this card, you should play the agressor and takes things in
your own hands.

The Page or Prince of Swords

Clearness, bright light,
one of the most common interpretation of this card is that it represents a dangerous or treacherous man.
This one is the Prince that act sly, dishonest and untrustworthy – but no, only when badly dignified by the
cards around him.

The card can also sometimes come up to mark a person who is angry, or vengeful.
But the other side of this Prince really is beautiful.
The pure Page of Swords type is a highly intellectual and an usually well-educated person, with a rapid fire
mind and a great capacity for abstract thinking.

He produces ideas with astonishing speed, but often moves on too quickly to follow through or elaborate on them.
He can be challenging, entertaining, stimulating – and can become extra ordinaire exhausting.
The card represents a private person, who defends his inner space quite determinedly.
This is some-one who is hard to get to know – in fact,
you’ll probably not succeed entirely no matter how long you know him norton downloaden van de app store.

He is a thinker, and chooses those he shares his thoughts with carefully.
He’s usually also very independent, and often appears unemotional and cold.
Sometimes the Prince of Swords will come up to represent somebody who is embarking on a serious course
of occult study, that is a good thing, i think.
With the Knight indicating the dedicated initiate.
The bad reputation of Sword cards i can imagine, because it is an art to do handle problems in the right way.

Circumstances can make a person mad and angry when there is no solution or when they seems to be not right. It can make a man violent or vicious.
However this is a function of the Suit.
The swords cards are not bad. It is just the case that sword cards deal with conflicts, and with pain most of the time.
But these are the cards of thoughts and to handle these thoughts wisely is not easy, indeed.
Here imagine that we have to learn how to handle our thoughts better. 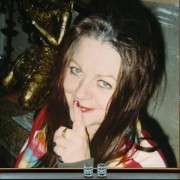